10 Unhealthiest Drinks on the Planet 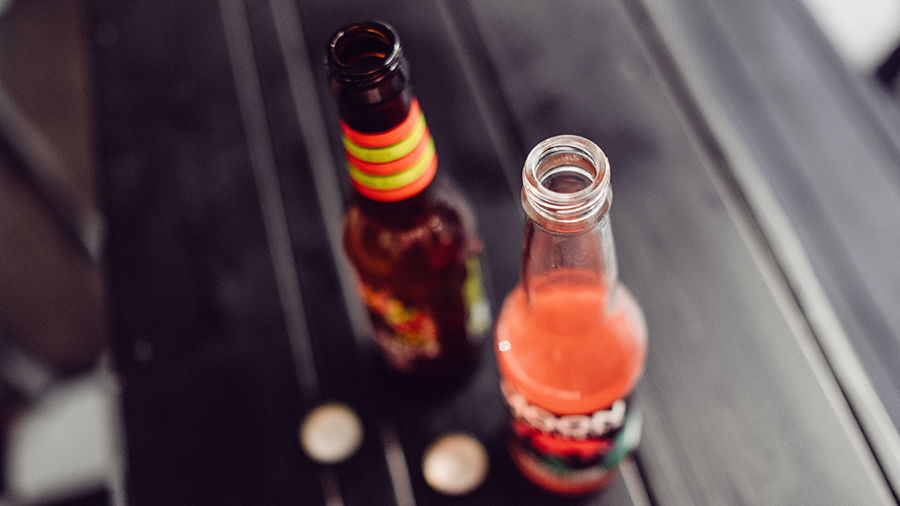 From soda and iced tea to lemonade and wholesome-looking juices, these are the sips that should never pass your lips.

Many of us grew up in homes where soda was the go-to beverage of choice for family dinners and school celebrations. Nowadays, parents across the nation are shamed if they’re seen sipping the stuff—or worse—serving it to their little ones.

And it’s not your imagination. Sugary and diet drinks have indeed become taboo, which has resulted in fewer people drinking soda. Sales of carbonated soft drinks in America have dropped for 11 consecutive years, with consumption of the bubbly stuff hitting a 30-year low earlier this year, according to a 2017 report from Beverage Digest as reported by Forbes.

So why aren’t we all losing weight and shedding belly fat? Soda has been named public enemy number one, so it’s only logical to assume if we all stay away from Coca-Cola, Sprite, and Dr. Pepper, the pounds will melt away—and in theory, that’s 100 percent true. However, there’s one big problem: Very few of us are swapping soda for plain ol’ H2O. Instead, we’re looking to other beverages like juices and flavored waters to fill the void. While many of these soda alternatives market themselves as the “healthier choice,” that’s not always the case.

Some obvious things like orange soda made the list, but we’d bet there are a number of other sips you’ve never been suspicious of that are filled with sludge you’d never knowingly want inside your body. Read on to get in the know, and then toss out any junky drinks that are lingering in your kitchen. And while you’re at it, you may as well get rid of these unhealthiest foods on the planet, too!

Did you know that cranberries are the fruit that is lowest in sugar? It’s true! So how can something so good for you turn bad? Easy. Let the juice industry get a hold of it. Because cranberries are so tart, Ocean Spray (the cranberry juice company) even wrote in an official letter to the FDA that, “cranberries … are naturally low in sugar, giving them a distinctly tart, astringent, and even unpalatable taste.” Because of their “unpalatable taste,” companies load up their cranberry juice with sugar—and lots of it. One cup of Ocean Spray cranberry juice cocktail contains 25 grams of sugar.

Drink This! Instead: The 100% Cranberry Juice from Ocean Spray isn’t much better (it has 28 grams of sugar per serving), the only difference is that cocktail is sweetened with cane sugar and the other is sweetened with fruit juices. To really cut back on the sweet stuff, we recommend diluting your serving with an equal amount of water.

Unless you’re downing a glass of chocolate milk as a post-workout drink after a heart-thumping, sweat-inducing workout, be aware that chocolate milk isn’t the innocuous lunchbox treat we came to love as kids. One 8-ounce bottle of Nesquik has 21 grams of sugar (plus artificial flavors).

Just how Velveeta isn’t real cheese, Sunny D isn’t actual juice; it’s just a mix of water, high fructose corn syrup, and a few token dribbles of juice concentrates, canola oil, and chemicals. Their tagline may be “When life gives you oranges, make Sunny D,” but don’t be fooled, there’s hardly any oranges in the bottle—which is why it has zero nutritional benefits.

Tomatoes may be an antioxidant-rich fruit, but any benefits they may provide to you are lost once they’re juiced and bottled. Regular tomato juices aren’t really flavorful on their own, so brands have to load them up with sodium—680 milligrams worth in every Campbell’s cup. That’s 30 percent of your daily value of sodium in just one glass.

Why are cold-pressed juices so cherished? It’s because the cold-press process preserves the delicate, good-for-you antioxidants and micronutrients found the fruits and vegetables you’re pulverizing. Juices are already on our naughty list, as they tend to be high in sugar and low in digestion-slowing, blood-sugar-balancing fiber; however, juices get even worse when they’re shelf-stable. To make juices shelf-stable, companies pasteurize the product, which kills off any remaining semblance of a healthy drink.

You might think, “hey, isn’t that the same as chocolate milk?” But the answer, dear reader, is no. Brands like Yoo-Hoo are notchocolate milk by the FDA’s definition of the term because it’s not really milk. The first ingredient listed is water, followed by high fructose corn syrup and then isolated whey protein (from milk). The rest of the shelf-stable drink is some cocoa powder, dry milk powder, artificial flavors, corn syrup solids, and palm oil. If you’re not turned off by the ingredients, maybe the 19 grams of corn syrup (in a smaller-than-average 6.5-ounce serving) will deter you from sipping one of these drinks again.

Kombucha is a probiotic drink that’s teeming with live probiotic cultures that are beneficial for gut health. But if you buy your kombucha off a shelf—and not from the refrigerator—that’s a sign that what you’re about to drink isn’t the real stuff. These pasteurized drinks, like those from búcha, kill off all those naturally-occurring beneficial bacteria, and then further dilute the fermented drink by adding carbonated water.

Drink This! Instead: For the best brews, don’t miss our list of the best kombuchas.

Word to the wise: if a drink has the word “sweet” in its name, it’s probably not going to be great for you. Some bottled sweet teas, like Gold Peak’s Sweet Tea, contain 48 grams of sugar (or 96 percent of your daily value of added sugars) in one bottle. Meanwhile, grab a Large Sweet Tea at Sonic, and expect to slurp down 78 grams of the sweet stuff. Your blood sugar will be through the roof after downing that.

While a cup or two of coffee can do your body good, you may want to think twice before sizing up to a large or indulging in a fourth cup of Joe. The reason: Doing so may make your bone brittle. “I try to avoid excessive caffeine,” says Dr. Mamta M. Mamik, Assistant Professor of Obstetrics, Gynecology and Reproductive Science at the Icahn School of Medicine at Mount Sinai. “An adult can safely consume up to 400 milligrams of caffeine a day (which is equivalent to four 8-ounce cups of coffee), but drinking any more than that can cause calcium excretion, which, over time, may lead to osteoporosis. Avoiding excess caffeine also helps to ward off uncomfortable withdrawal symptoms like lethargy, insomnia, headaches, and irritability,” she adds.

What do cancer-causing artificial colors, flame retardants, and fat-causing fake sugars all have in common? They’re all in your favorite diet fizzy drinks. Shove all that into a bottle laced with BPA, a chemical that’s been linked to obesity, and you’ve pretty much got one of the worst drinks ever. Nearly all popular diet sodas contain aspartame, an artificial sweetener that was initially developed to aid weight loss, but that has recently been found to have the opposite effect.

“Sugar substitutes like aspartame are designed to promote weight loss and decrease the incidence of metabolic syndrome, but a number of clinical and epidemiologic studies have suggested that these products don’t work very well and may actually make things worse,” says Richard Hodin, MD, lead author of a recent study on the matter.

Drink This! Instead: Water is always a safe choice, as are these healthy soda alternatives.