Do You Really Need to Wait 30 Minutes to Swim After Eating? 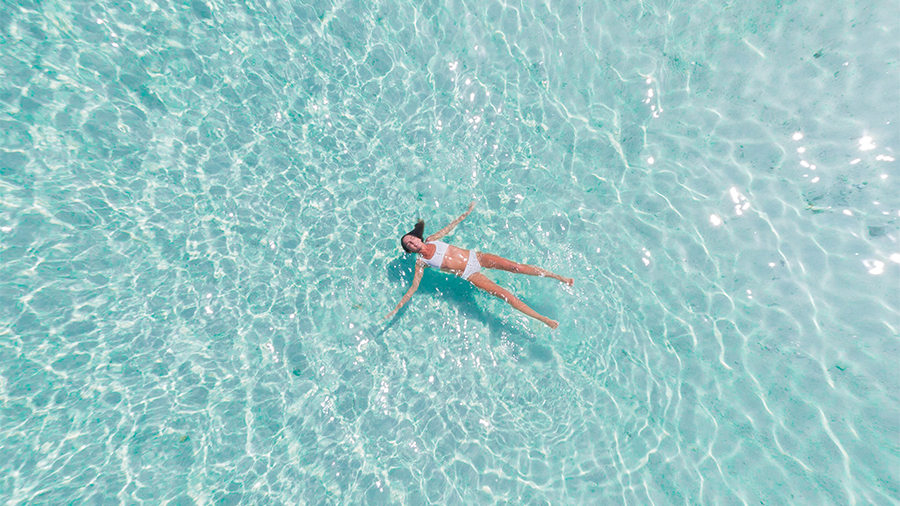 It’s summer, which means you’ll probably find yourself near a body of water in the next couple of weeks. Whether you’re picnicking by a lake or snacking by the sea, someone is bound to mention that one piece of summertime advice we’ve all been conditioned to believe: wait at least a half hour after you eat before jumping back in the water. After years of hearing the adage, we couldn’t help but wonder if the recommendation is in fact founded. Is it actually dangerous to dive in after downing a hot dog? Are some foods better beach choices than others? We consulted the experts to find out whether the warm weather rule is fact or fiction.

Here’s what we uncovered about whether you really need to wait a half hour after eating before going swimming.

Why do people recommend waiting to swim after eating in the first place?

The theory goes that after a meal, some blood gets directed away from our arms and legs toward the digestive tract to aid in digestion, says Sharon Horesh Bergquist, MD, an internist and assistant professor. “The thinking went that with less blood to our limbs, our arms and legs would fatigue easier, placing us at risk for drowning.” Who knew?

Is there any scientific evidence to back up the recommendation?

Nope. “While it is true that some blood gets directed to our digestive system after meals, the amount is not enough to place us at risk [of drowning],” confirms Horesh Bergquist. “Our bodies are fully equipped to compensate for these everyday fluctuations.”

OK, but there must be some drawbacks to swimming on a full stomach, right?

At best, swimming when you’re stuffed is likely to be uncomfortable. At worst, it could result in stomach or muscle cramping, as well as nausea. “It takes a couple of hours for the stomach to empty after eating, and swimming—or any rigorous activity that makes the stomach contract with heavy breathing—can make food regurgitate,” adds Horesh Bergquist. So, maybe skip those laps immediately after eating. If you must swim right after a meal, consider chilling on a noodle or wading in the shallow end to avoid an upset stomach.

What are the best and worst foods to eat before swimming?

When choosing what to eat pre-swim, prioritize lighter options that won’t leave you feeling sluggish. Eating a large quantity or foods high in fat can send your digestive system into overdrive, upping your risk of a stomachache while you’re in the water. If you plan on swimming a lot (think: doing laps), eat something substantial enough that it will provide you with energy, but won’t weigh you down.

“Eating a sandwich and a piece of fruit or some juice would be appropriate,” says Mary Jane Detroyer, RD, a New York City-based nutritionist and exercise physiologist. “Avoid too much raw food at one time, like a large salad, because it takes longer to digest.” Another good option? “A pasta salad that includes some veggies and salmon, chicken, tofu, or beans and a light dressing would work well, too,” adds Detroyer. Hold off on greasier picks, like hot dogs and hamburgers, until after your swim session.

If you’re simply snacking and then lounging in the water, feel free to opt for something less substantial. “Light foods such as fruits, which have a high water content and contain electrolytes and natural sugars, will give you energy,” suggests Horesh Bergquist. Consider having a handful of grapes or a slice of juicy watermelon. Hydrating veggies, like celery sticks or cucumber slices, are also smart choices. The raw factor isn’t likely to be problematic for digestion if you aren’t engaging in vigorous activity right after eating these fruits and veggies.

Above all, be sure to stay on top of your water intake. “Many people don’t think about getting adequate fluid when swimming,” says Detroyer. “Since they’re in the water and their body is cool and wet, thirst isn’t felt as strongly as it would be if they were sitting on the beach or at the pool.”

But even though you don’t feel it, you still sweat while you swim. Load up on water, natural fruit popsicles, and herbal iced teas to keep your hydration status in check. And remember: “Alcohol and iced tea rapidly rid your body of fluids,” says Horesh Bergquist. Down a cup of H2O after every beer or caffeinated beverage you drink. You’ll feel more energized in the moment—and less hungover tomorrow.