Pancake Day 2019: Top 10 facts you might not know about Fat Tuesday and Mardi Gras 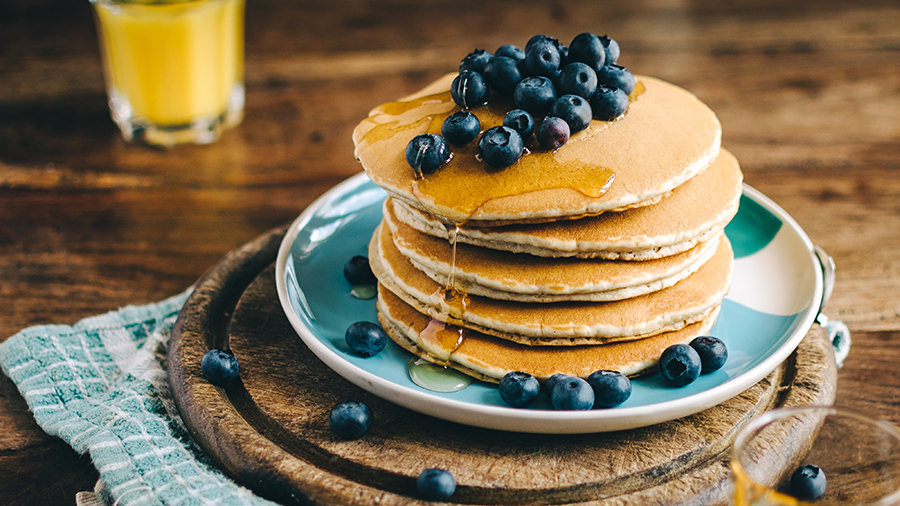 1. Manchester holds the crown when it comes to size

Deciding that the average, frying pan sized pancake just wasn't enough for them, the folks at the Co-operative Union in Manchester decided to go bigger. Much bigger.

On August 13 1994 they organised the making of what became the largest pancake in the world. It weighed in at 6,614 lbs (that's three tonnes and about the same weight as two cars) and measured 49ft and 3in long.

The world's largest pancake breakfast was held in Springfield, America, in 2012. The breakfast saw 15,000 people get together in Main Street to enjoy a huge number of pancakes and raised $10,000 for a local charity.

Pancake races happen all over England throughout Shrove Tuesday. The tradition is thought to have originated in Olney in the 15th century, after a woman lost track of time while cooking pancakes. When the bells for mass rang, she ran out of her house with the pan and pancake still in hand. Olney still holds a pancake race every year.

The largest number of pancake flips in the shortest amount of time is currently 349 flips in two minutes, a record achieved by Dean Gould in Felixstowe, Suffolk, in 1995.

While we in Britain tend to keep our pancake ingredients nice and simple, in Newfoundland, Canada, objects with symbolic value are added to the batter to be cooked. These items are then used to interpret different messages about the future - for example, a pancake served with a ring inside may signify marriage.

In France, it is traditional while flipping a pancake to hold a coin in one hand and to make a wish.

8. The largest stack of pancakes

The largest stack of pancakes ever cooked was made up of 60 pancakes and was an impressive 76cm tall.

It is estimated that an impressive 52 million eggs are used in Britain each year on Pancake Day - that's 22 million more than every other day of the year.

The French call Pancake Day Mardi Gras, or Fat Tuesday. This originates from the ancient ritual of parading a large ox through Paris to remind people that meat was forbidden during the Lent period.

Mardi Gras is the last day of Carnival season and always the day before Ash Wednesday. Countries around the world began their celebrations after Christmas, on January 6th (also known as the 'Twelfth Night'). In some places, Mardi Gras is a state holiday.

The official colours of Mardi Grad are purple (it signifies justice), gold (meaning power), and green (which stands for faith).

12. The first Fat Tuesday parade was 181 years ago

New Orleans in America has been celebrating Fat Tuesday with parades since 1837. The first floats appeared in the parade in 1857, and in the early 1900's beads were thrown as gifts to crowds.