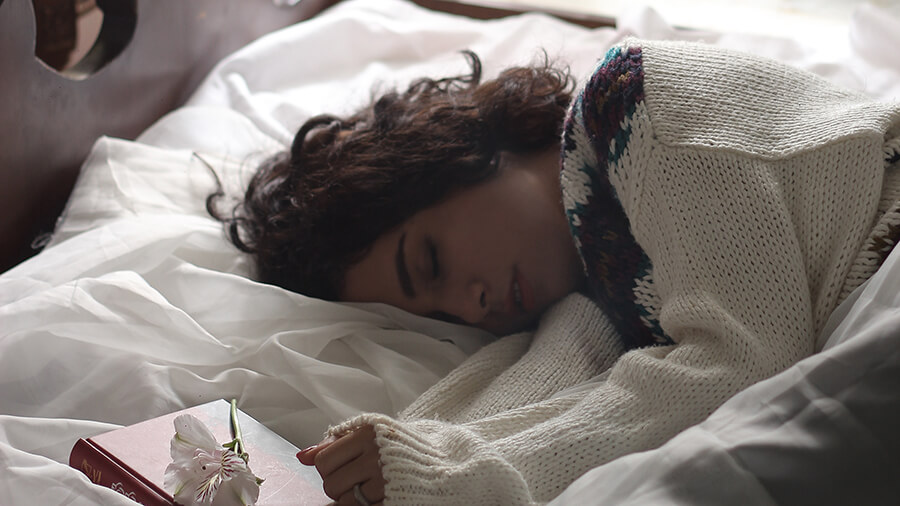 Sleeping in when you need it isn't only a recommended form of self-care — science now says it could help extend your lifespan. According to a recent study conducted by Stockholm University's Stress Research Institute, those who don't get enough sleep during the week can actually make it up on the weekends and potentially live longer as a result.

The self-reported study looked at the mortality rates and patterns of 43,000-plus participants between 1997 and 2010. Over the course of those 13 years, 3,234 people died. Research found that those below the age of 65 who slept for an average of five hours or less on weekdays — and for a minimum of eight hours on weekends — had the same risk of death as participants who got six to seven hours of shuteye each night. But the key here was making up for lost hours of sleep.

Adults who averaged fewer than five hours during the week and didn't compensate for their lack of sleep didn't live as long as those who regularly snoozed seven hours per night. Additionally, participants who slept in on weekends showed to live just as long as those who got enough sleep during the week. So go ahead and snooze on your days off, minus the guilt. The study also concluded that people who slept at least eight hours each night enjoyed a 25 percent higher mortality rate than those who averaged six to seven hours of sleep.

Though another recent study suggested that night owls are more likely to die prematurely than early birds, this was mainly due to the correlation between late bedtimes and unhealthy habits.

As much as many of us view sleep as a burden, it's important to remember that getting a sufficient amount of shuteye on a regular basis is actually fundamental to good health. And, as we've now learned, to living longer.