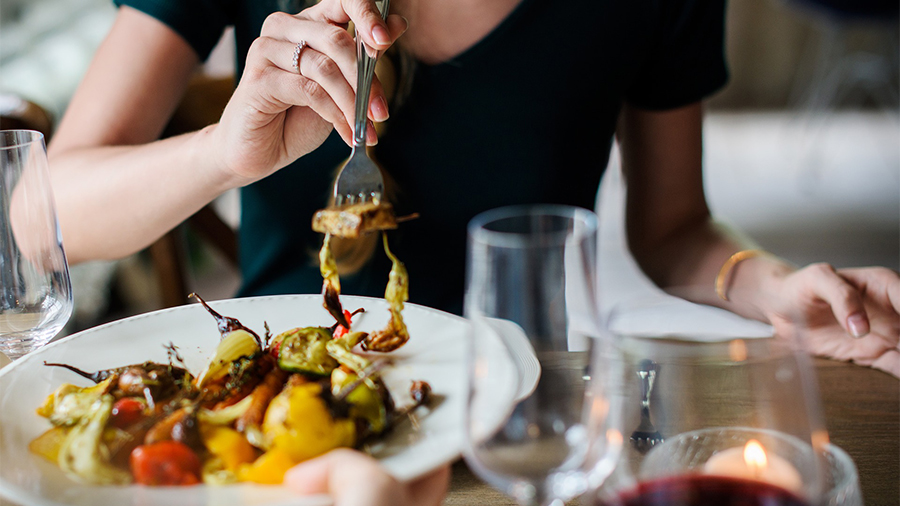 If you can't stand the heat, perishable foods can't either. Here's why food poisoning rates are higher in the warmer months.

The summer months are beloved by many for their brighter skies, warmer weather, and foods that seem to just taste better during this time of year. Although we love our skin to be sun-kissed, we never want our food to be out in the sun without proper coverage though—and there’s an important reason why. We asked food safety expert M. Carothers, the technical information specialist at the USDA’s

Food Safety and Inspection Service, to weigh in on why food poisoning seems to be a bigger issue once the temperature starts warming up.

Uncover exactly why food poisoning peaks during the summer season, and what you can do to avoid it.

Why is food poisoning more common in the summer?

Carothers explains that the rate of foodborne illness increases in the summertime for two reasons specifically, both of which have to do with—you guessed it—the heat. Remember, bacteria thrive in environments of 40-140 degrees Fahrenheit, with the potential to double in number in just 20 minutes.

“Bacteria are present throughout the environment in soil, air, water, and in our bodies. These microorganisms grow faster during the summer months because of the hot and humid climate,” says Carothers.

In other words, your garden could be crawling with extra microorganisms and you wouldn’t even know it because of their microscopic size. Make sure to take extra time to thoroughly wash fresh produce during the summer months to avoid ingesting harmful bacteria.

The other reason—and likely the most prominent of the two—is that the number of outdoor events offering perishable food options for those in attendance increases.

“More people are cooking outside at picnics, barbecues, and on camping trips. Given these circumstances, harmful bacteria have many opportunities to quickly multiply on food and get people sick,” she says.

Carothers has told us before that food will remain safe to eat if it’s been in the sun for two hours, as long as it’s below 90 degrees Fahrenheit. However, if it’s at that temperature, or greater, the likelihood of bacteria growth increases, so that time will drop to one hour, which is a much smaller window. This is why food poisoning can become more prevalent in the summer—with those higher summer temperatures, most people don’t realize their safe window for eating food cuts in half.

Stay safe by packing foods tightly in a cooler with lots of ice, bringing several different kinds of cooking utensils (and never using the same utensils for cooked and uncooked foods), and grilling raw meat to order rather than all at once so it doesn’t sit out in the heat for too long.

What are some of the telltale signs of food poisoning? Are some symptoms more discrete than others?

“The onset of foodborne illness symptoms may occur within minutes to weeks and often presents itself as flu-like symptoms, as the ill person may experience symptoms such as nausea, abdominal and stomach cramps, vomiting, diarrhea, or fever,” says Carothers. “Because the symptoms are often flu-like, many people may not recognize that the illness is caused by harmful bacteria or other pathogens in food.”